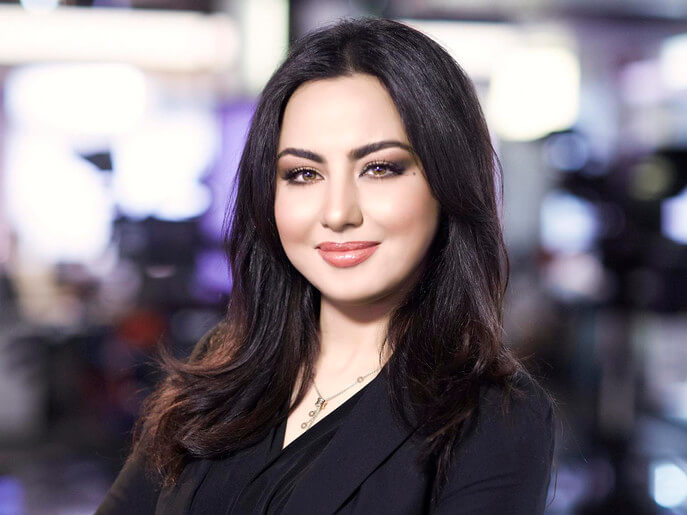 Posted at 19:16h in Uncategorized by Srwa Faqe

Souhair Al-Qayssei is an Iraqi senior news anchor, journalist, and humanitarian. She was born in Baghdad, Iraq in 1985. She started working for Middle East Broadcast Center (MBC) as a presenter of part time news in MBC1 channel before moving on to become an anchor and presenter for the news channel Al Arabiya between 2004 and 2014. She completed her Bachelor’s degree in dentistry while working in Al Arabiya but chose to pursue her career in media as it was always her passion.

In 2008 she was recognized by FOX News as being one of the 10 most important figures in Iraq and in the same year she was chosen as a Goodwill Ambassador for Red Crescent. In 2016 she partnered with United Nation’s World Food Program (WFP) to become a Celebrity Partner in Iraq. She has since immersed herself in a variety of humanitarian activities.

Being one of the most recognizable faces in among the Middle Eastern population, Souhair Al-Qayssei’s impact and prevalence are undeniable.